The Masked Singer Wiki
Register
Don't have an account?
Sign In
Advertisement
in: US Season 5, US Season 5 Masks, Animals,
and 15 more

Snail is a contestant on the fifth US season of The Masked Singer.

The Snail is a hyper-realistic costume. His skin is textured and bumpy and the red shell is accented with silver gems. He wears a velvet bow tie at the bottom of his neck and a top hat sits on top of the shell. Two yellow eyes sit atop an open mouth with teeth.

The Snail Is Revealed! Who's Behind The Mask? - Season 5 Ep. 1 - THE MASKED SINGER 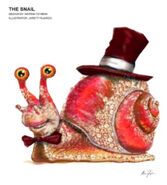 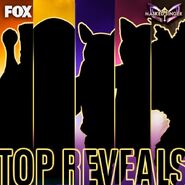