The Masked Singer Wiki
Register
Don't have an account?
Sign In
Advertisement
in: Masks, Costumes, UK Masks,
and 14 more

Seahorse is a masked celebrity contestant on the second UK series of The Masked Singer.

Seahorse is wearing a teal bodysuit with netted features and glittery accents. The costume has matching boots and gloves. The costume also comes with a skirt and collar with glowing lights. The mask is of a teal seahorse head with blue and yellow eyes.

Seahorse with Joel Dommett and Sausage 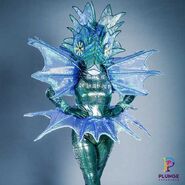 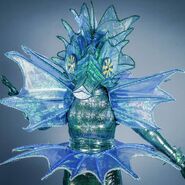 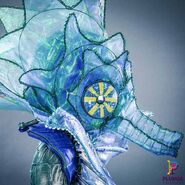