The Masked Singer Wiki
Register
Don't have an account?
Sign In
Advertisement
in: Humanoid, US Masks, US Season 7,
and 17 more

The Prince is a masked celebrity on the seventh US season of The Masked Singer.

The Prince is a toad with lime green skin, green eyes, and warts. He is dressed in a regular prince attire, wearing a gold and purple tunic with green shoes and a red velvet cape trimmed with white and black fur. He also wears a golden crown atop his head.

The Prince Performs "Lay Me Down" By Sam Smith - Season 7 Ep. 8 - THE MASKED SINGER 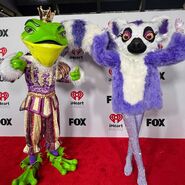 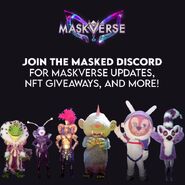