Gets stuck in teeth

Popcorn is a masked celebrity on the fourth US season of The Masked Singer.

Popcorn sings "What About Us" by P!nk - THE MASKED SINGER - SEASON 4

The Popcorn Is Revealed As Taylor Dayne - Season 4 Ep. 10 - THE MASKED SINGER

Taylor Dayne As The Popcorn Performs "Better Be Good To Me" - Season 4 Ep. 10 - THE MASKED SINGER 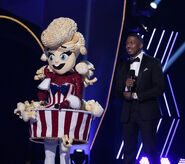 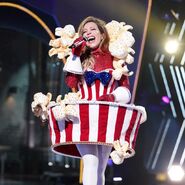 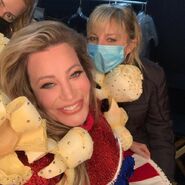