Minding his own business

Mallard is a masked celebrity contestant on the sixth US season of The Masked Singer.

The Mallard has a black top hat with a feather on it and a full on suit. Their face is green with a golden monocle around his eye. They have black feathers around their neck and waist. They also wear orange pants and black dress shoes. 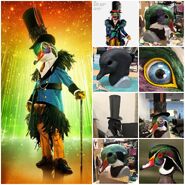 Images of the-making-of Mallard, including concept art of the costume 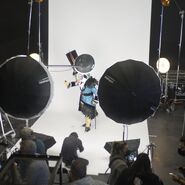 Behind-the-scenes of Mallard in a photoshoot 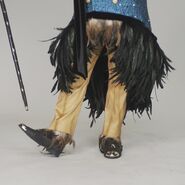 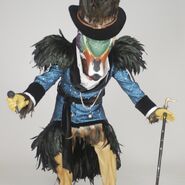 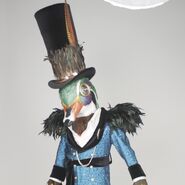 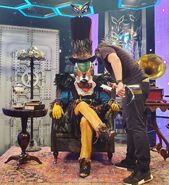 Mallard behind-the=scenes, sitting in The Vault 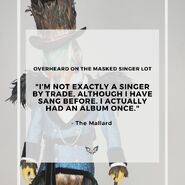 Mallard performing "Save a Horse (Ride a Cowboy)"