The Masked Singer Wiki
Register
Don't have an account?
Sign In
Advertisement
in: Food, UK Masks, Masks,
and 15 more

Knickerbocker Glory is a contestant on the first series of The Masked Dancer UK.

Knickerbocker Glory's head is a vanilla ice cream scoop with wide, red lips a cherry and cone on top. His body is covered with sprinkles and lines swirls that may represent strawberry sauce. The Pom poms on the costume are sprinkles and there is a skirt. The white tights may include vanilla ice cream and the high heels have red glitter on them which also represents strawberry. On the shoes, there are also coloured Pom poms on it as well. 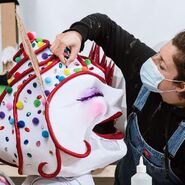 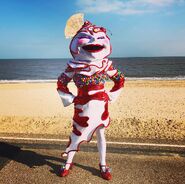 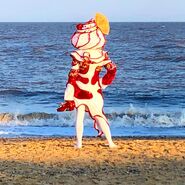