Hamster is a masked celebrity contestant on the sixth US season of The Masked Singer.

The Hamster appears to resemble a golden hamster with a DJ like theme to it. They have a colorful bead necklace and black and white glittery headphones. They have very small pink hands and feet. 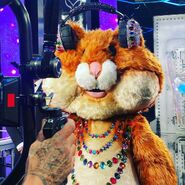 Behind-the-scenes of Hamster filming in The Vault 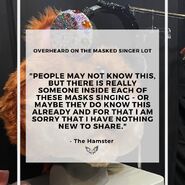 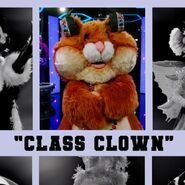