Gato (translated as Cat) is a masked celebrity on the first season of ¿Quién es la máscara?.

It was later revealed that the celebrity underneath the mask was Ilse Olivo. 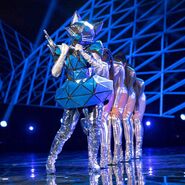 Gato sings in her first performance. 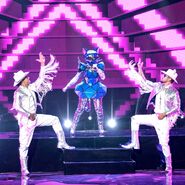 Gato sings in her second performance.

Gato appears again with a new masked celebrity on the special season one mini-program of ¿Quién es la máscara?.

It was later revealed that the new celebrity underneath the mask was Karol Sevilla.