Dalmatian is a masked celebrity contestant on the sixth US season of The Masked Singer.

The Dalmatian is dressed in traditional American football gear. Their outfit has a black yellow and white color scheme, and they wear shoulder pads and a shirt that has the Masked Singer logo and the number 1 in the middle of the shirt. Their shoes are based on the feet of an actual dog. 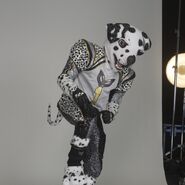 Behind-the-scenes of Dalmatian in a photoshoot 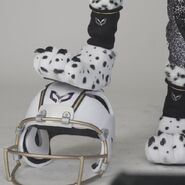 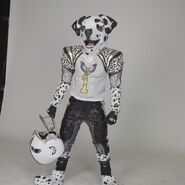 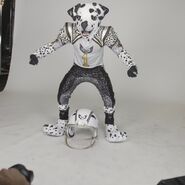 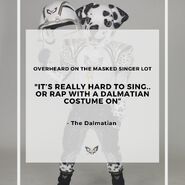