The Masked Singer Wiki
Register
Don't have an account?
Sign In
Advertisement
in: US Season 5, US Season 5 Masks, Wildcard contestants,
and 14 more

Crab is a masked celebrity contestant on the fifth US season of The Masked Singer.

Crab appears as a shiny yet holographic crustacean, with a pink moustache and arms that match the rest of his body coming out of his back.

Crab Gave The Rawest Performance Of The Show - Season 5 Ep. 4 - THE MASKED SINGER 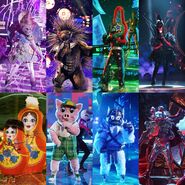 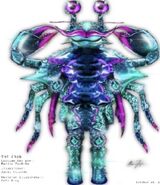