What's on your mind?

IMO Based on voice I do think the Sun could be Zooey Deschanel. I think the "seasons" clue could be a reference to New Girl.

Other than mexico on this wiki no other langues of masked singers on here like, Germany, Koms, And Thai.

I would love to see translations and stuff because the non fandom wiki only shows the langue and no translations. I like to use this wiki for info rather than something like Generic wikis because of there is pictures and I can understand it. I would love if people made translations to these masked singers!

So say you were to create a season of The Masked Singer with a theme, what performers would you use and what theme would it be? Me, I would you these performers:

if you were on the masked singer, what would u be?

What'd you guys think of the upcoming Season 4 masks?

To give a brief description, essentially, it is an upgrade to bring every wiki on FANDOM (Including this wiki) to the same version of MediaWiki. There and many changes including mobile editing, new editing, improvements/changes to discussions/feeds, new updates to message walls, article comments, and profiles- as well as many more features.

As of this moment of typing this out, our wiki has now been migrated over to UCP. I have already witnessed multiple issues myself, such as galleries not showing up as they used to, some images not showing up (1, 2), and videos appearing larger than they should be.

This is all new to me just as it is to all of you, so unfortunately, I will see what can be done about it. In the meantime, feel free to add comments to this post to inform on any other issues/bugs you may encounter during this transition. You can also visit the main Community FANDOM forums, technical support forums, or you can contact the FANDOM team directly on any issues/bugs or feedback/comments on this. I hope we can all work together through this, and hopefully things will be working properly as they are intended to. I also don't want to rush with anything- as some of these may just be certain bugs that are already being worked on or may disappear after some time.

I'd also like to use this post to highlight to other things for The Masked Singer Wiki:

And finally, I would like to address the upcoming US season. As you may (or may not) have heard, it was announced that season 4 will be utilizing a virtual audience due to COVID-19. I would just like to say that spoilers of any kind will not be tolerated here. There are many Confidentiality and Appearance Release Agreements that you must adhere to if you are planning on being part of the audience, and I'm sure that it might be a bit harder with an audience at their homes. Any content submitted that goes against any NDAs or release agreements may be deleted from here, and you may risk a block from editing here.

Please note that 'show spoilers' and 'NDA/agreement spoilers' are two different things- show spoilers may be seen in articles after an episode has aired, which is why we have certain templates at the top of articles to ensure readers and editors know that there may be spoilers below. NDA/agreement spoilers would be information posted that is leaked out from being part of the crew or audience- which may even put you in bad legal trouble. Please remember that we all like to watch the show, and some of us do not want to be spoiled. The secret is part of all the fun!

If you'd like to be part of the virtual audience, please follow this link and read all the information- and enjoy it if you decide to do it!

I hope you all have gotten a good update from this, and apologies on the length, I sometimes don't like to read long posts myself. I can't wait to talk with you all more, and certainly can't wait to watch the new season along with all of you!

(P.S. Don't be afraid to contact me on my message wall with any other issues. You can also contact me via my Twitter, which I am very active on, but this should probably be used if you have something that needs urgent attention.)

(edited by Magitroopa)
Yes
Kinda
No

1: people are mistaking The frillneck for the bushranger

2: Yeti and falcon are revealed

With Season 4 coming up, let's discuss on celebrities you'd want to see on Season 4.

What if The Masked Singer had Seance of Terror in it's Commerical that I Made up? 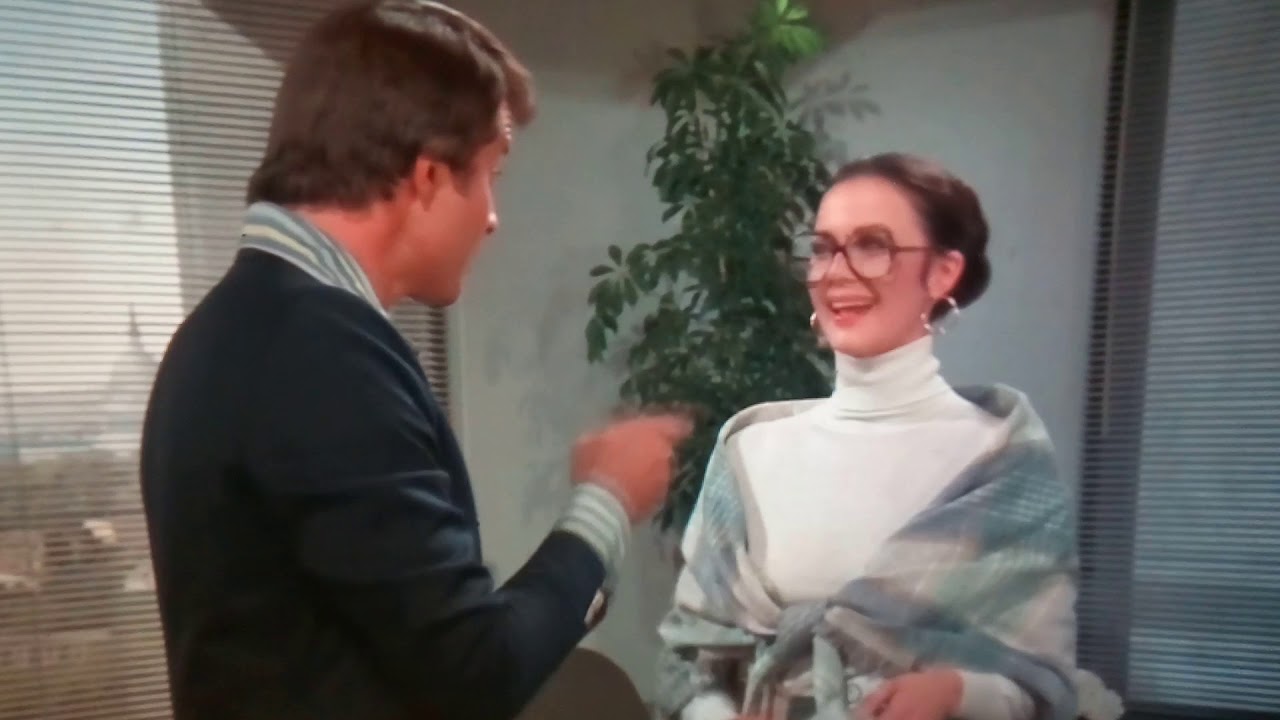 My mind has been going everywhere with this idea...We all know that the Masked Singer is very popular these days and with a fourth season coming up...I have an idea that might actually work. An Animated Masked Singer show, It'll take place in a fictional town called "Maskedopia" where all the Masked Singer masks reside and are given personalities of their own.

Kitty (voiced by Jackie Evancho) serves as the niece of the town's mayor Lion (voiced by Rumer Willis) and is in a relationship with Frog and serves as a mother figure for his daughter.

Frog (voiced by Bow Wow) serves as Kitty's boyfriend and would often speak in rhymes. Despite being in a relationship with Kitty he has a tadpole from his previous marriage a daughter named Tadpole (voiced by Bow Wow's own daughter Shai Moss).

Fox (voiced by Wayne Brady) is the head of the Maskedopia mask company and often serves as Monster's rival, he also has a son who functions as Mini Monster's best friend, Fox Jr. (voiced by Joshua Rush).

The five food masks will be in the show and will usually act as the comic relief of the show. Pineapple (voiced by Tommy Chong) is the eldest of the five and is very chilled, Egg (voiced by Johnny Weir) is the flamboyant one with a taste in fashion, Ice Cream (voiced by Ninja) is the Eddy of the group as like him he's prone to scheming and getting the rest of the foods in trouble, Taco (voiced by Tom Bergeron) is the straight lace one and Banana (voiced by Bret Michaels) is the dazed one with a huge heart of gold. They would later expand to seven with the addition of Sweetie (voiced by Bebe Rexha or Christina Aguilera, whatever one you think would be better), a human-candy hybrid with a fashionista personality and Hot Dog (voiced by Kel Mitchell) a clown like hotdog with an apatite.

Thingamajig (voiced by Victor Oladipo) serves as the towns handyman and hopeless romantic. He also has a little sister named Teenimajig (voiced by Shahadi Wright Joseph).

Skeleton (voiced by Paul Shafer) is another comedic relief on the show and would often hang around the boneyards and scaring the food masks out of their wits, except for Sweetie.

Rottweiler (voiced by Chris Daughtry) is the owner of the towns gym and the local bad boy, although he has a heart of gold and is usually friends with the shady Poodle (voiced by Margaret Cho).

In regards to the rest of the other bird masks, Raven (voiced by Rikki Lake) resides in the boneyards with Skeleton and serves as his foil to his hairbrained antics, Eagle (voiced by Dr. Drew Pinsky) is in charge of the town's medical hospital and head doctor, Penguin (voiced by Sherri Shepard) runs the town's comedy club, Flamingo (voiced by Adrianne Bailon-Houghton) is the towns beautician and video blogger and Swan (voiced by Bella Thorne) is one of the richest masks in the town and has a rocker esque manner to her. Among the other bird masks joining are Rooster (voiced by Meat Loaf), an older resident whose a bit of a oddity with the other residents of the town and would get into regular arguments with Peacock, Parrot (voiced by David Archuleta), who serves as the towns resident wise crack and friend of T-Rex, and Mr. Flamingo (voiced by Josh Groban) who serves as Flamingo's love interest and later husband.

Rabbit (voiced by Joey Fatone) would serve as the towns resident scientist and inventor, he also serves as the inventor of the Robot (voiced by Lil' Wayne) who would later serve as his assistant.

As for the insect masks, Bee (voiced by Gladys Knight) would serve as leader of their, Butterfly (voiced by Michelle Williams) serves as the most talented of the bunch, Ladybug (voiced by Lindsay Lohan with Kelly Osborn providing her vocals) is the Blanche Devereaux of the town and Black Widow (voiced by Raven Symone) is the edgiest of the main ladies. They would also get some more bug members including Moth (voiced by Jermaine Jackson), whose Butterfly's love interest and Mr. Bug (voiced by Dan Castellaneta with Ozzy Osbourne providing his vocals) Ladybug's father.

Mouse (voiced by Dionne Warwick) would serve as the towns eldest female...and most town to earth resident. She would always provide advice to the townsfolk and is the legal guardian of T-Rex.

Speaking of T-Rex (voiced by Nika Futterman because I think Jojo Siwa wouldn't want to be in the show), she's one of the kid residents and is basically the eldest child resident in the town, at only 16 years old. She lives with Mouse and is often leader of the children residents. She also looks different from her in-show counterpart, this T-Rex dresses similar to and has a personality similar to Siwa, however the bow will be on her tail rather than her head.

That's all I can think of for the characters...what do you think?

I was thinking a Dragon, Beaver, Mosquito, Goose, Cow, Horse, Lark, and Moon.

I know tomorrow is the finale for Season 3 is tomorrow, but my mind is buzzing with ideas for ideas on the Masks for Season 4.

Do any of you have any ideas on Masks for Season 4? 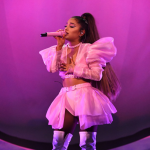 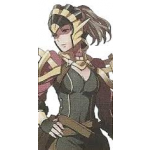 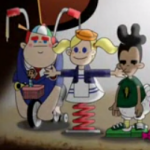 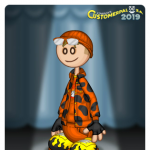 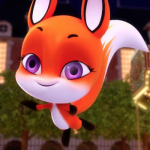 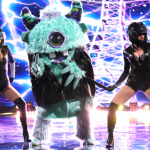